Britney Spears is saying no more.

Three months after her 13-year conservatorship came to end, the pop singer is ready to make a lot of changes in her life — and that includes giving up her longtime California abode.

Spears, who turned 40 in December, took to Instagram to announce she is leaving her Thousand Oaks home she spent more than six years in and is shopping around for a new place.

“So this is the view from my room … It’s pretty spectacular,” Spears wrote alongside a video of the sun setting over her backyard. “I’ve lived in this house for seven years and I’m in the process of buying a new home … It’s time for change!”

“I’ve been pretty modest about the home I live in now,” she continued. “I know you guys have seen me dance in my living room … But honestly I have three living rooms. Maybe one day I’ll give you guys a tour, but until then here’s the pink sky!”

The “Oops! … I Did It Again” singer, who is currently working on a tell-all book in a landmark deal worth $15 million, purchased the five-bedroom, eight-bathroom home for $7.4 million in October 2015.

Spanning a colossal 20 acres, the estate is estimated to be worth over $10 million, according to Zillow. It has yet to hit the market.

Regularly posting dance videos on social media from her living room, Spears spent the majority of the pandemic holed up inside the home.

Tucked in a gated enclave, the Italianate villa opens to a marble-floored foyer that leads into a carpeted great room with a 35-foot-high ceiling and a fireplace.

The formal living room is anchored by a limestone mantelpiece, while its oak-paneled library — outfitted with built-in bookshelves — boasts Parquet de Versailles floors and its own hearth.

A kitchen with a center island connects to the informal dining room with a bay window.

On the second floor is the primary suite, replete with a private terrace with mountain views and a marble bathroom. Neighboring it are with four guest bedrooms and a media room.

The estate also showcases a 1,200-square-foot poolside pavilion with its own full kitchen, bath and 3,500-bottle wine cellar, plus a rear motor court with access to a six-car garage, flowering gardens, an infinity pool, a stand-alone spa and a fruitful orchard.

Also on the grounds is a lighted tennis court and a three-hole golf course.

Tue Mar 1 , 2022
ORLANDO, Fla.—Former President Donald Trump asserted Saturday night that Russia wouldn’t have invaded Ukraine if he had been in the White House, and strongly suggested he plans to again run for the nation’s highest office. In a speech to staunch conservatives, the former president said Russian President Vladimir Putin has […] 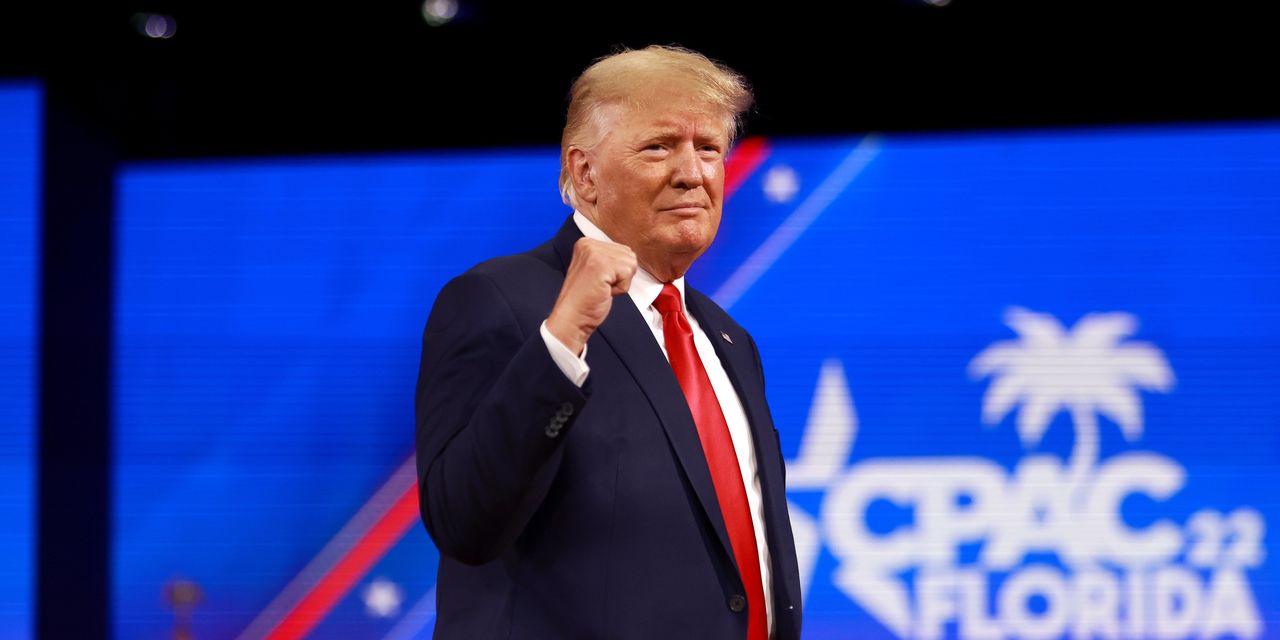