The bustle is on during a recent afternoon at BJ’s Restaurant in Beacon, and owner Barbara Sims rakes some jumbo chicken wings through a pan of coating before dropping them in a metal basket. The kitchen is soon popping with the inimitable sound of chicken frying, and a regular customer pokes his head into her domain: “I’ll get an order of fries with that, Miss Barbara.”

She’s an institution in a town that has seen a lot of changes in the intervening 44 years. Back then, she recalls, there were only three restaurants in Beacon — BJs, Quinn’s and the Yankee Clipper diner — and when she bought the building, it was abandoned except for some homeless people who squatted there. Sims recalls tracking down the owner, who was in bankruptcy “and he sold it to me for dirt cheap.”

Sims fixed up the apartments upstairs, which she rents out along with several other units she owns around town and got to work cooking classic American soul food: short ribs, fried fish, fried chicken (with or without waffles), mac and cheese, collard greens, sweet potato pie.

Beacon has changed a lot over the years but her menu hasn’t – except don’t expect to order chitlins these days. “I used to make them,” she says of the fried large intestines of a pig or cow, “but they stunk up the whole place!”

Even as Sims describes herself as being retired – the born-and-bred Beacon local worked at the New York Veteran’s Home at Montrose until 1991 — she’s in the kitchen seven days a week along with tending to the needs of her tenants.

She’s legendary around town and in old media profiles for filleting hundreds of pounds of fish at a time — porgy, tilapia and whiting are featured on the menu — which she says used to buy herself at Hunt’s Point in the Bronx. Nowadays, she uses a purveyor who supplies and cleans the fish, “for a very costly price,” she says. “Back then I couldn’t afford anyone else to do it.”

When her mother was still alive, she helped run the restaurant while Sims worked her day job and slowly built up the business. “When I first opened, we’d do maybe $50 in business a day,” she says. But she had the tenants upstairs to cover her mortgage as she looked to the day when she could put her full attention to cooking.

The story of BJ’s Soul Food also tells a story of the gentrification that’s come to Beacon in recent years. Up through 2018, says Sims, “my business was 80 percent Black people. The majority of my customers who couldn’t afford to stay in Beacon (and) moved on to Poughkeepsie or whatnot, or they’ve passed on. Now, about 20 percent of my people are Black. I’m not complaining – all the tourists and everybody else from wherever, that came into town, it’s all good.”

She says some of her better-known customers have included the Rev. Al Sharpton and others associated with the controversial case involving Tawana Brawley of Wappingers Falls in the 1980s. “This was their regular place through all of that,” recalls Sims.

Sims comes from a family of seven children; her father worked at the old Brockway Brickyard his whole life and her mother did housework – and taught Sims how to cook her homey, flavorful fare. She has two children, two grandkids and two grandchildren; one of her daughters, Brenda, works at the restaurant and will likely take over the business says Sims, though she’s quick to add that she has no plans to stop cooking.

“I’ve been retired from my job (at the veteran’s home) since 1991,” she says. “I’m going to work until I can’t work anymore.” She pauses for effect. “Though I am getting a little tired of eating my own food. I haven’t cooked in my own house for I don’t know how many years.”

As for her recipes, they’re a closely held secret. Don’t expect a “Barbara Sims Cookbook” anytime soon, she says. “No way! When I go, it all goes with me.”

The walls at BJ’s are adorned with civic awards from Beacon that highlight Sims’ entrepreneurial spirit and contributions to the community, along with a Martin Luther King poster and a Hale Woodruff print from the renowned Black painter’s Amistad mutiny series. A bust of Egyptian queen Nefertiti is adorned with a Black Lives Matter t-shirt, and Rachael Ray’s cooking show is on the house TV. Frank’s Hot Sauce are a staple at every table and booth. The places smells of coffee and frying chicken (BJ’s does a brisk breakfast business) as Sims holds court in the kitchen and at a booth just outside it.

She’s asked if she might confirm or deny rumors around Beacon that she’s a millionaire. She leans back in the booth and lets out a short, sharp chuckle. “Oh, I can deny that! Now I’ve got to go put that chicken on. You want something to eat while you’re here?”

More tastes of the Hudson Valley

Fashion designer Hiroki Nakamura on why he values all things vintage

Fri May 6 , 2022
My personal style signifier is utilitarian clothes, usually from my label Visvim, that I design with a specific purpose in mind. Lately I’ve been wear-testing raw denim, including a pair finished with mud dye, which gives an interesting texture on the surface. These days I also only wear engineer’s boots; […] 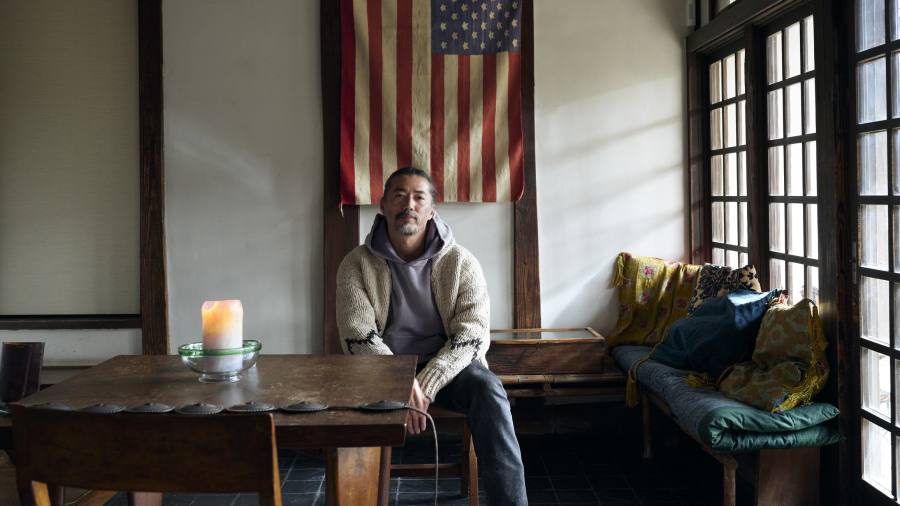