Actor Amanda Bynes is seeking to end her 9-year conservatorship, and she’s doing so with her parents’ approval.

Bynes filed a petition Wednesday at Ventura County Superior Court in California to terminate the conservatorship of her person and estate.

A hearing on the matter is scheduled for March 22, according to the court docket. Page Six was first to report the news.

David Esquibias, an attorney for Bynes, said she believes her condition has improved and no longer needs “protection of the court.“

An attorney for Bynes’ parents said they will not attend the virtual hearing but they support their daughter’s decision and will agree to her request to end the conservatorship.

“The parents are happy, thrilled to get this good news,” attorney Tamar Arminak said in a phone interview Friday. “The professionals say she is ready to make her own life choices and decisions and are so proud of her. They 100 percent support her decision to end the conservatorship.”

Bynes, 35, has been in a conservatorship under her parents, Lynn and Rick Bynes, since 2013 amid substance abuse issues, controversial Twitter rants, and legal troubles.

Court documents state that over the past few years, Bynes has made significant strides and “desires to live free of any constraint.”

Since 2020, she has been living in what her attorney described as a “structured community for women” and last year she transitioned to an apartment community that offers independent living skills before the women live on their own.

While living in the apartment community, Bynes underwent random toxicology screenings, weekly apartment checks and check-ins with her case manager.

The actress opened up about her struggles in a 2018 interview with Paper magazine. At the time, said she had been sober for four years and thanked her parents for “really helping me get back on track.”

She said she was ashamed of her past behavior and felt adrift after retiring from acting in 2010.

“I just had no purpose in life. I’d been working my whole life and [now] I was doing nothing,” she told the magazine. “I had a lot of time on my hands and I would ‘wake and bake’ and literally be stoned all day long.”

In March 2020, a lawyer for the actress announced that she was seeking treatment for “ongoing mental health issues.” Two months later, Bynes wrote on Instagram that she was in a much better place and was looking forward to getting her degree from FIDM.

Bynes’ request to free herself from her conservatorship comes three months after a judge ruled in favor of ending Britney Spears’ 13-year conservatorship following a contentious court battle with her father.

Minyvonne Burke is a breaking news reporter for NBC News. 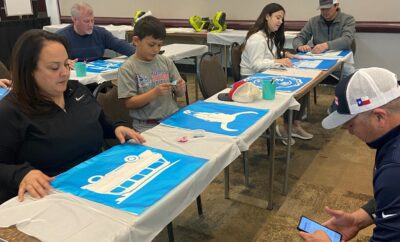