By Jim Winnerman Special to the Post-Dispatch

Is St. Louis native and well-liked actor Jon Hamm responsible for the nationwide resurgence in the popularity of midcentury modern architecture and décor? He portrayed Don Draper in the show “Mad Men,” which aired from mid-2007 to early 2015, and won acclaim for its accurate representation of the furniture, décor and dress of the period, which lasted from the late 1930s through the mid-1960s.

The program exposed a new generation of homeowners to the clean lines, muted tones and combination of natural and manmade materials, and the integration of indoor and outdoor motifs characteristic of the midcentury modern style.

It will never be known for certain, and the part John Hamm had in the ongoing midcentury modern revival might be tenuous, but the trend has emerged in décor not only for homeowners, but also among hotels.

What follows are just a few of hundreds of hotels where the aesthetic has been recently adopted or revitalized.

For price comparisons, we included the starting price of a room on June 13 (date chosen randomly) and searched in late April.

When you see, or hear, the word “Watergate,” chances are you think of the unlawful break-in committed in the Washington, D.C., building of the same name. The crime eventually led to the resignation of President Richard Nixon. The scandal stemmed from the Nixon administration’s continual attempts to cover up its involvement in the June 17, 1972, unlawful entry into the Democratic National Committee headquarters at the Watergate Office Building.

But others see the hotel and the complex of offices and condominiums that comprise Watergate as an outstanding example of midcentury modern architecture. Considered avant-garde when it was built in 1961, the architecture features gracious curves, marble floors and neutral tones on a very large scale covering 10 acres.

Still, the building was not always viewed with praise. When the preliminary design was unveiled in 1961, ardent devotees of the gray, neo-classical architecture already dominating the nation’s capital compared it to a “strip dancer performing at your mother’s funeral,” a “glittering Potomac Titanic,” and a “sausage-like building (in a) wiggly complex.”

The Watergate Hotel saw many renovations and was sold several times between the 1980s and 2007. However, none of the upgrades embraced its original design until an extensive renovation and grand reopening in 2016, which was nine years after the 336-room hotel had closed.

New owners embraced the glamour of the Nixon era with a $125 million makeover that emphasizes its midcentury roots beginning with a dramatic curved copper lobby and lush, midcentury modern furniture.

If history is more of an allure than the architecture, the hotel runs tours of the room where the break-in occurred. Guests can overnight in the space and listen for the doorknob to jiggle for $1,200 per night.

All the hotel’s key cards are adorned with the slogan “no need to break in,” the room stationery is headed with “stolen from the Watergate”, and if you’re put on hold you’ll hear the voice of Nixon.

More info • From $335 a night based on the night of June 13; thewatergatehotel.com

Constructed and opened as a modernist icon in 1956, the minimalist architecture of the Valley Ho immediately became a Hollywood hideaway, hosting the likes of Bing Crosby, Tony Curtis, Janet Leigh and Zsa Zsa Gabor. In December 1957, Robert Wagner and Natalie Wood celebrated their wedding reception at the hotel.

Edward L. Varney, one of the most prominent local architects of the time, used a curving porte-cochere entry with abstract Southwestern designs in cast concrete to give guests a “sense of arrival.” In the lobby, Varney used masonry, cast and poured concrete, natural stone and wide expanses of glass to allow the space to flow seamlessly to a restaurant, lounge, nightclub and on to the two guest room wings. The result was a close connection between the buildings and the outdoor environment.

Valley Ho’s status as a midcentury modern building had all but disappeared after being purchased by the Ramada hotel organization in 1973. The sleek lines and details firmly rooted in midcentury architecture were redecorated as the 1950s design had come to be viewed as outdated. Original masonry brick walls disappeared under drywall, the open lobby with its curving balcony and sleek lines that flowed into the large hotel pool was partitioned into small rooms, and concrete columns in the lobby were stripped of the original mirrors once considered stylish.

No longer in vogue, but centrally located, the hotel remained prominent for years, but the property began to show a lack of maintenance. By 2001 it was closed and put up for sale. When no one was interested, demolition was considered. Then, local admirers of the hotel’s exemplary architecture and its local history rallied to save it, and it was placed on the Scottsdale Historic Register.

In 2002 a three-year, $80 million renovation was undertaken to restore the property to its original luster. Today it has been described by author and architect Alan Hess as “one of the best-preserved midcentury hotels in the country.”

In fact, it might be said today the Valley Ho is better than when first built. A seven-story tower with guest rooms and condominiums was added above the lobby, having been discovered in the plans for the original building in 1956 but never built.

An employee of the hotel and the front office manager is Magda Critchlow, who grew up in University City. “I am a huge midcentury fan,” she says. “We have 90-minute historical tours of the hotel, and I could run through them once a month. I find it interesting to learn about the history and to know how many celebrities stayed here in the past. We have kept the key original parts of the hotel while modernizing the overall look.”

Something else Critchlow enjoys about the area where the hotel is located is Frasher’s restaurant. “They carry Imo’s Pizza (which I miss!), toasted ravioli and St. Louis-style ribs!”

For a 1960s surf-inspired version of the midcentury modern movement in Hawaii, the best example is the boutique Surfjack Hotel. Searching for a way to stand out in hotel-saturated Waikiki where competition for tourists involves the latest and greatest luxury amenities, the Surfjack opted for furnishings and artwork with a clear midcentury inspiration.

The building was constructed in 1961 as a budget hotel with midcentury architectural lines, but this new hotel version opened in 2016. Midcentury-inspired handcrafted coffee tables, locally grown koa-wood furniture with a clear midcentury inspiration and displays of vintage postcards present a distinctive 1960s charm.

Even the bottom of the oval hotel pool features a blue and white mosaic in whimsical typography reminiscent of 1950s postcards with a message that reads: Wish you were here!

Just above the pool deck there are nightly screenings of the 1960s classic films “Blue Hawaii,” “The Endless Summer” and “Ride the Wild Surf.”

You’ll know you’ve arrived at the Verb just outside Boston’s Fenway Park when you see the 1947 Flxible red bus parked outside. The hotel website says the bus demonstrates the “boutique hotel’s commitment to vintage design before you even step inside.”

The building, originally a 1950s motel called the Fenway Motor Hotel, today features 94 rooms that are each outfitted with a record player and a starter collection of vinyl records to complete a guest’s journey into the past while enjoying the midcentury furniture in each room.

This hotel is an interesting example of midcentury modern architecture that was never designed, or built, to be a hotel.

Opened in 1968, the structure originally housed the headquarters of the Home Savings and Loan Association. The 1980s savings and loan crisis knocked out that bank, and a 2008 merger forced out its successor.

When investors started buying downtown buildings in Durham, they snapped up the Durham without really knowing what they’d do with it, but they recognized the classic lines of the office building as important enough to preserve.

By 2015 they had decided on a 53-room hotel and hired Commune, a Los Angeles firm familiar with modernizing 1960s-era homes while leaving their charm intact.

Outside, the words “The Durham” run down the side of the building in characteristic midcentury modern individual block letters, each perfectly spaced apart but enveloped inside its own rectangular cube. Each cube is in turn attached to a rounded corner of the building, which hides an inside stairwell. Nearby the façade features alternating distinctive gold and white columns from sidewalk level to the rooftop restaurant.

The huge retail bank floor on the main level became the restaurant’s dining room illuminated by original two-story floor-to-ceiling windows. A classic midcentury modern curvilinear mezzanine with a view of the dining room that once housed offices of the bank executives has been creatively changed into private event space.

This 90-room boutique hotel originally opened in 1969 as home to an insurance company and law firm. It just reopened in 2021 after a three-year renovation and transformation into a Marriott Tribute Portfolio property. It features a particularly interesting combination of midcentury modern furnishings and colors inside, but they are wrapped by an exterior of what is known as Brutalist architecture.

Brutalist buildings are characterized by the opposite of the curved lines characteristic of midcentury modern. Instead, it is an architectural style that showcases the raw building materials and straight-line structural elements over decorative design.

The Brutalist-style architecture of Hotel Indy softens inside thanks to an imaginative use of midcentury modern décor. The curved lines missing outside are everywhere inside, as are gold accents and muted midcentury modern tones of mint, mustard and coral in the numerous public seating areas.

The hotel website proclaims “the whole vibe of the place is reminiscent of its early era with décor, design and color that makes it feel like you’re on the set of an early James Bond movie.”

That is at least until guests look up to the ceiling. There, a rectangular pattern of thick concrete squares reveals that the Brutalist architecture remains exposed in each guest room.

It might be debated that the Blue Swallow Motel in Tucumcari, New Mexico, does not belong among the hotels included in this article as an example of the midcentury modern era. In fact, Wikipedia lists the motel’s architecture as Southwest Vernacular. But it is not the outside that ties the building to the iconic period of American design. It is what is inside each room.

Walk into any of the 12 units in this L-shaped motor court alongside Historic Route 66 and what awaits discovery for midcentury modern aficionados is as exciting as finding an original midcentury piece of worn furniture in a high-end antique store.

Each room retains the original midcentury modern furniture in use since the motel court opened in 1939. Today it is one of the longest continuously operated motels along Route 66, and the original furniture has remained in place for 83 years.

Sold numerous times to owner-operators willing to preserve this unique bit of history that is an integral part of the 2,448-mile “linear village,” the furniture is truly original midcentury modern, and not new versions of the style.

For those intrepid travelers who follow the road each year to relive the glory of the old highway, a stay at the Blue Swallow is imperative. Plus, the original 1940s era sign promises rooms are not only air-conditioned but include a television.

Stay up to date on life and culture in St. Louis.

Spring cleaning and tending to the garden

Sun May 8 , 2022
We are into the first week of May. The grass is growing fast with all the rain April brought us. We need to buy a new mower. Ours last year was getting repaired constantly. I couldn’t believe what new ones are selling for now. It seems like one thing or […] 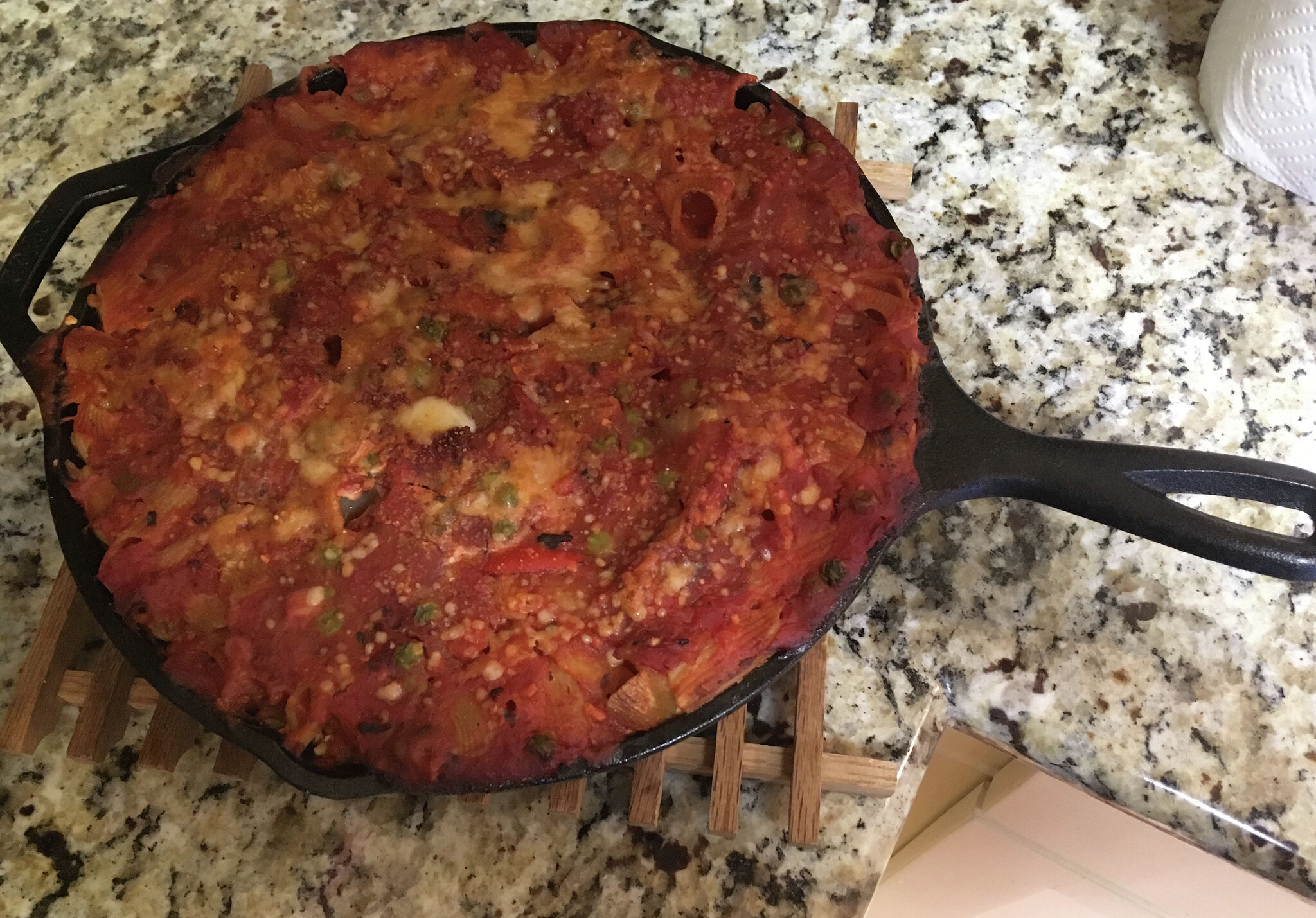